skip to main | skip to sidebar

Update for those of you that remember 3 L!

For those of you that remember the days of One L, Two L and Three L's....Three L's got married this weekend!  Congrats to Sean and Michelle Mehltretter who tied the knot on Saturday 8/11/12 at Los Verdes Golf Course in Rancho Palos Verdes!  The bride was even more breath taking than the ocean view!  We are so happy for the both of you! 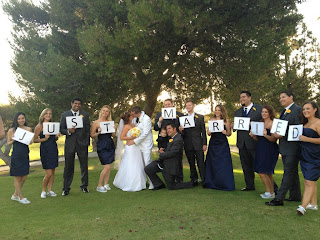 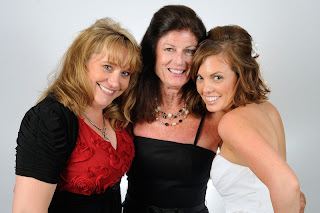 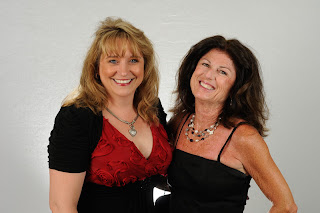 If you would like to pass on any best wishes, please do so below...we will be sure she gets them!
Posted by Michelle at 11:34 AM No comments:

Like us on Facebook for more daily postings and to share your stories, creations and experiences!  Going to the CHA show, tell us about it!
Posted by Michelle at 9:35 AM No comments:

Scrapbooks, hardware, "sexy" outfits and craft supplies are all products that Michele McGowan exports from the comfort of her Redondo Beach office.

When it comes to weird requests from her international clientele, Michele Waldeck McGowan ranks “sexy” outfits for plus-size women in Switzerland at the top of the list.


A plea from New Zealand for cases of Hostess Twinkies doesn’t even come close.

Every day at Overseas Operations brings something new and unexpected, which is why McGowan relishes her work at the Riviera Village company her father, Robert Waldeck, founded 65 years ago.

"People overseas are looking for American products, and I am their U.S. buying office," she said. One day it's pet supplies; the next, pop-cakes, which are big with the movie set.

Her second-floor office dominated by a huge world map, piles of popular magazines and a world globe, McGowan, 62, describes her business on Avenida del Norte as “strictly export.”

To satisfy her overseas customers, McGowan and her team research U.S. products requested in countries ranging from Vietnam to Iceland. Whether it’s thumbing through Entertainment Weekly for the latest Hollywood fad or perusing craft shows to locate novelty scrapbooking stamps, McGowan ultimately finds what her customers want.

The next step is ringing up any number of buyers around the world and pitching the product, along with competitive price-points, packaging and shipping costs.

“Most people import,” said McGowan, a petite brunette with a whisper of a voice. “You rarely hear of an exporter, (but) I have a passion for it. It’s in my blood.”

The evolution of Overseas Operations

Overseas Op "was one of the first export management companies (EMCs) in California," according to McGowan. She explained that an EMC is the export division of a U.S. manufacturer that sets up distributors/representatives to sell the product all over the world.

“My dad was quite smart ... trying to find ideas and products that were unique to America,” McGowan said. “We started with food waste disposers (garbage disposals), an American idea. We had to educate the world about what they were and make sure they had the proper plumbing equipment.”

The same went for microwaves and remote controlled garage door openers. Back in 1940s and early '50s, overseas customers “had never seen a garage door operator,” the exporter said.

Overseas Operations began in downtown Los Angeles. "That’s where you used to have all the international banks, all the steamship companies, all the freight forwarders," she said.

When those sources moved to Los Angeles International Airport and the harbor, among other places, the company relocated to Redondo Beach in 1972. “My dad loved the beach,” McGowan said. Corporate buyouts, the launch of internal export divisions and product eliminations ultimately changed the direction of the business.

One of three sisters born in Arcadia, Calif., McGowan was sharpening pencils at Overseas Operations at age 13. Ambitious to go into business ever since she can remember, she attended St. Mary's College, right across from her father's alma mater, Notre Dame, in Indiana.

When Waldeck refused to hire her right out of college ("He's very German, very strict," she said), she got a job at the Los Angeles County Museum of Art “because I love travel and I love art. A year later, [my dad] said, ‘OK, we have a position open, are you interested?’”

She was. “He started me from the bottom up.”

McGowan, who took ownership of the business with her then-husband, Brian McGowan, in 1986, is responsible for the company's current incarnation as a purchasing agent for international buyers.

“I also work closely with U.S. companies, helping them sell their products overseas,” said McGowan, who has run the company since her divorce seven years ago and thinks of herself as an international “facilitator.”

While Waldeck now lives at The Canterbury, an assisted living complex in Rancho Palos Verdes, McGowan lives within walking distance of her office in the Hollywood Riviera.

Her youngest son, Michael, 27, works part time at Overseas Op, trying to establish an international business in natural foods. “We go to all the trade shows,” his mother said. “But it’s not so easy to export food.”

Her other son, Bob, 30, is in seminary, studying to become a Catholic priest. Her stepson, Bill, 40, teaches English in China.

Her former husband, she said, took his share of the business (now in Torrance) in a different direction, deciding to manufacture products in Taiwan, China and Thailand.

That’s not to say there aren’t risks anywhere in the world. “I have business credit card fraud, maybe four times a year,” she said, explaining how unscrupulous people manage to get hold of transactions. “But my banks are pretty good, because they red flag things pretty quickly.”

There are also a plethora of email/Internet scams to beware of, none of which keep McGowan from the joys of her job, including worldwide travel and having friends all over the globe.

Waldeck, who, at a spry 96 still comes into the office one day a week, continues to express surprise at how the company has so successfully reversed its emphasis, his daughter said.

A do-it-yourself chain (similar to Home Depot) in Japan with 11 stores is an example of how Overseas Op operates. “I supply them the hardware—from Rubbermaid (products) to rakes to gardening stuff—whatever they want,” McGowan explained.

One aspect of her business she regrets is that so much is manufactured in China, especially hardware, dog leashes and other items.

“It’s sad to say that probably 90 percent of the products I sell are not made in the U.S.,” she said. “They are made overseas according to the (U.S.) manufacturer’s specifications, come back here, and then I re-export them.”

Scrapbooking, McGowan said, demonstrates how the popularity of certain products can spread from one country to another over time.


When she first researched the phenomenon, she realized that the majority of scrapbook manufacturers were in Utah. One rep told her, “Michele, we are Mormon.”

“The Mormons love genealogy and journaling,” McGowan said. “But they got bored with journaling, so they decided to add buttons, and ribbons, and paper, and they just grew this industry … took scrapbooking to another level.”

It began to take off around the globe, she added. “You had some au pairs who came over from England and Australia (and got into scrapbooking), and when they went home, they got interested (in scrapbooking) in their own countries.”

House parties would progress to online stores and then retail stores. “At first, the big markets were Canada, England, and Australia,” McGowan said, then Holland, Germany, the Scandinavian countries and Japan. Eventually, “I could map out the flow of scrapbooking all over the world.”

Anything popular in Hollywood, however, becomes instantly popular overseas, she said.

"It was one actress who did a cupcake party instead of a cake party," and that started the demand for cupcake-making materials overseas. Same went for craft punches touted by Martha Stewart. “They can’t get enough of them,” McGowan said. (Due to licensing restrictions, she provides her clients with another brand of punches.)

Although some of her international customers, particularly those in Europe, have cut back on imports due to the economy (likewise Japan for a while, right after the tsunami), McGowan, who has seven employees, said "I feel blessed we haven't had to let anyone go."

While Google has changed the nature of her product research (she can sit at her desk instead of at the wheel of her car), things that used to be a problem (foreign currencies and language) have become simple. “Everybody speaks English now,” she said, although McGowan and others on her staff do speak Spanish.

Logistics—from shipping to rail to air—are no problem. "Most of our air freight ships out of Redondo," said McGowan during a tour of the facilities, which include two small warehouses downstairs. "And then, for our ocean shipments, we use a warehouse in Rancho Dominguez."

Big cost savings come when she is able to ship products to multi-customers in one container, she said.

But the best part of her job has to do with what seems to be on the minds of all the politicians these days.

"We're trying to promote export through the Chamber, and how good it is for our economy," McGowan said.

The chamber event, from 1 p.m. to 5 p.m., will offer a free export workshop focused on everything from identifying markets to documentation and sea/air cargo services.

People who wish to find more information on exporting, or to discover if their product is a viable export should call McGowan at 310-540-4600.

About this column: Katharine focuses her off-beat sights on a wide range of issues for Redondo Beach Patch. Her columns run Tuesdays.

Posted by Michelle at 1:12 PM No comments: 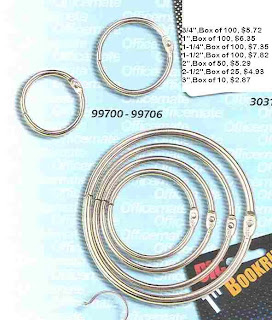 We are putting in another binder ring order...place your orders now and have them in
time to be added to your Summer CHA orders!  Email us your requests or contact us
for an order form!

Here are just a few pictures that we took at the 2012 Winter CHA show in Anaheim... 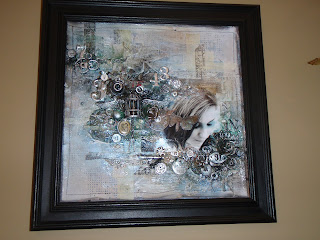 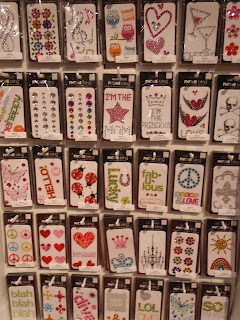 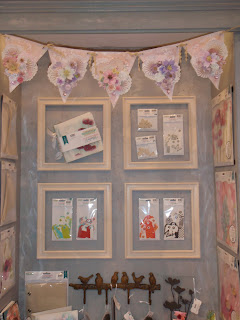 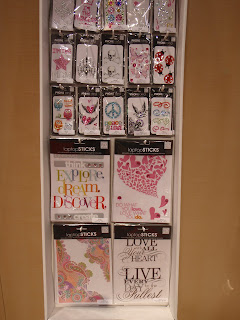 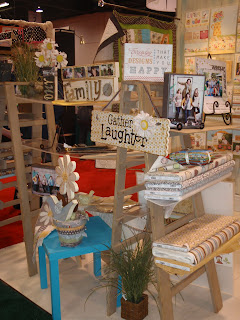 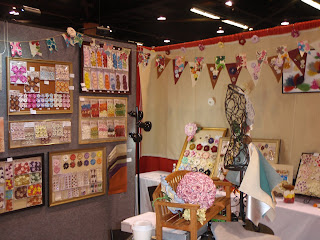 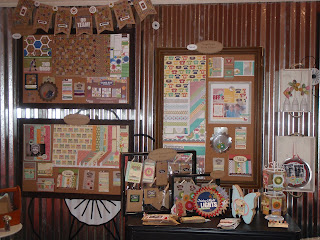 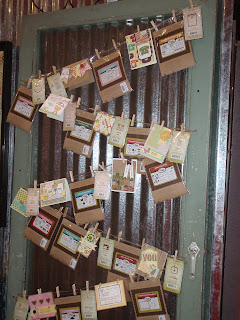 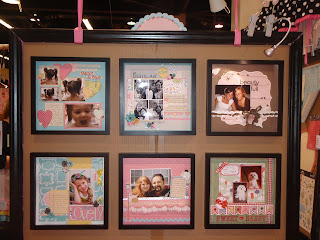 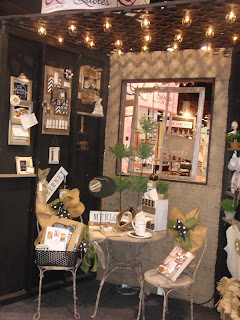 LOVE THIS LINE ALSO BY ME & MY BIG IDEAS! 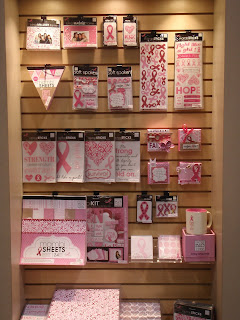 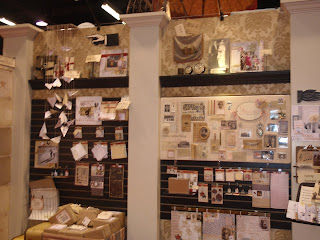 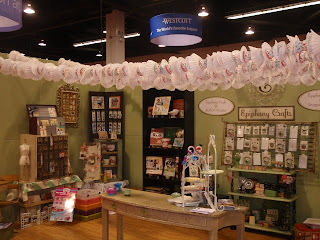 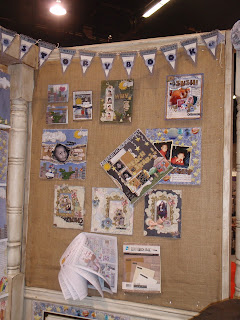 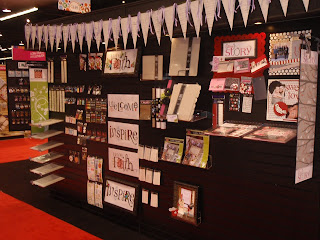 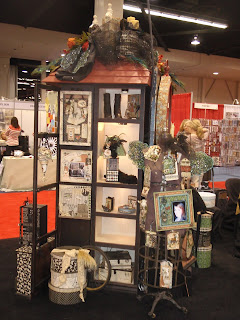 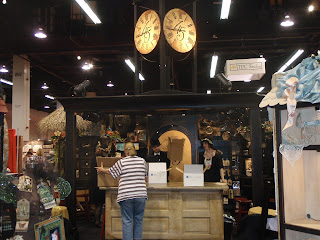 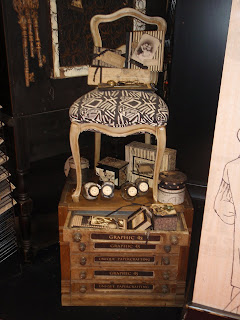 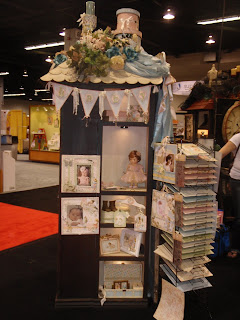 See you next year!
Posted by Michelle at 4:45 PM No comments: